When it is not bagging global awards for its excellence as a conference venue, the Durban ICC helps pack meals for hungry children, helps pupils access free physics and chemistry classes and supports HIV/AIDS campaigns.

For the past two decades, the Inkosi Albert Luthuli International Convention Centre Complex has played an active role in supporting community projects and especially those which invest in the lives of young people.

The Durban ICC which is gearing up to celebrate 21 years since its doors were opened on Friday 8 August 1997 by former President Nelson Mandela, ensures that its values and culture are portrayed through the myriad social responsibility programmes it hosts as a means of demonstrating its commitment to the development of South Africa. 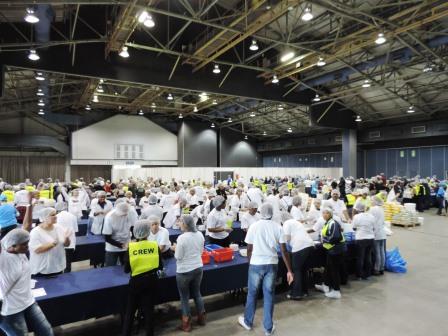 Lindiwe Rakharebe, the CEO, said: “In addition to the important role which the Durban ICC plays in generating economic impact for the city, province, country and continent, the company also embraces its own responsibility to participate in corporate social investment projects which make a direct positive impact in its local communities.

“Between July 2017 and March 2018, the Durban ICC support in terms of venue hire, food, gifts and finance support for various charities totalled R650 000.

“The Company’s CSI focus is aligned to the UN Global Goals for Sustainable Development which include, among other initiatives, the elimination of poverty and hunger, the promotion of good health and well-being, quality education, gender equality and affordable and clean energy.” 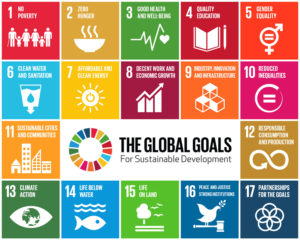 Some recent CSI initiatives are as follows:

• In honour of Nelson Mandela Day 2017, the Durban ICC hosted an event in association with Stop Hunger Now SA. A Durban ICC team entered a team to pack meals for their 67 minutes of service.
• 14 August 2017 marked the beginning of The Unlimited Child’s partnership with the Durban ICC. Six Early Childhood Development centres in the Umlazi district are being supported with quality educational programming and toy resources through this partnership funding received from the Durban ICC.
• In October 2017, Durban ICC joined forces with the Geness Foundation to offer Grade 12 public school learners free physics and chemistry revision classes in preparation for their year-end matric exams. A total of 135 Grade 12 learners attended the classes hosted at the Durban ICC.
• The Zodwa Blose Educational Trust was established to support the educational needs of children and schools in Durban. In November 2017, the Durban ICC supported the Trust by sponsoring the venue for their annual fundraising dinner.
• In preparation for the 2017 year-end festivities, the Durban ICC threw its weight behind the Santa Shoebox Appeal project that collects and distributes gifts to over 100 000 underprivileged children in orphanages, children’s homes and care centres.
• On 1 December 2017, the Durban ICC commemorated World AIDS Day in partnership with the Hillcrest AIDS Centre Trust. The Durban ICC purchased stationery items and staff packed 200 stationery bags for schoolchildren.

Rakharebe concluded: “CSI gives our business a human face. The responsibility of our country’s future depends on our collective efforts as a nation and we are committed to uplifting the lives of those less fortunate around us.”