The Durban ICC Board regrets to announce the resignation of Ms Julie-May Ellingson as Chief Executive Officer after more than three years at the helm. 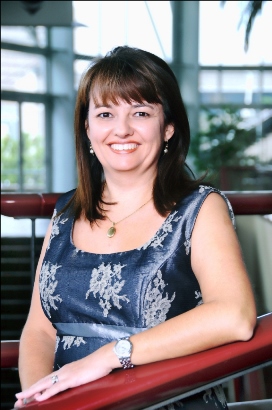 Durban ICC Chairperson, Mato Madlala, commented that the board was sad to lose someone of Ellingson’s calibre and wanted to acknowledge the exceptional contribution she has made since her appointment in April 2011.  “Julie-May has done an outstanding job during her tenure. Under her leadership, the Durban ICC has achieved not only record profits but also made the highest contribution to Economic impact, created the highest number of jobs and substantially increased our BBBEE spend”, said Madlala.

“Her influence was also not limited to commercial and economic progress. During her tenure, she was also responsible for implementing the company’s skills development programmes including the introduction of a graduate programme, numerous social investment projects and the Durban ICC’s ISO certification for environmental responsibility”, added Madlala.
The major improvements Julie-May has made to the management systems of the Durban ICC will stand the organization in good stead for years to come and we wish Julie-May all the best in her future endeavours”, said Madlala.

Commenting on her decision, Ms. Ellingson said, “I have really enjoyed my time with the Durban ICC and I am proud of everything we, as a team, have achieved over the past three years. Whilst it has been an honour and a privilege to lead this great organisation, it is now time to move on to a new challenge.  I wish the company well and would like to express my gratitude to the Board, Executive Team and staff for their hard work and support over the past three and a half years. None of these achievements would have been possible without each and every one of you”.
– ENDS –