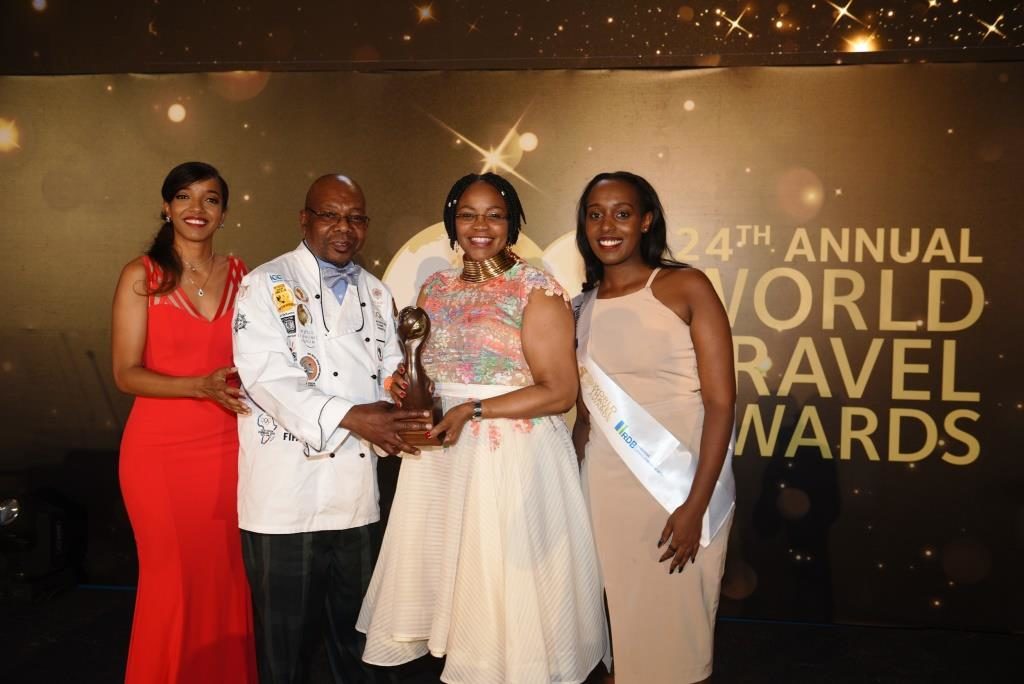 Service excellence is the heartbeat of the Durban International Convention Centre and this was once again affirmed at the 24th World Travel Awards – Africa Gala Ceremony where the Centre was crowned “Africa’s Leading Meetings and Conference Centre”.

This was the sixteenth time that the Centre won this title since 2001, when the category was opened, and the tenth year in a row that the Durban ICC has been honoured with this accolade.

Commenting on the award, Durban ICC CEO, Lindiwe Rakharebe noted, “We are thrilled and honoured to once again be voted the leading convention centre on the continent. This award goes a long way to raising the profile of the Durban ICC and helps us attract future international events to our shores. This, in turn, helps us create jobs within our sector and boost the economic impact on the South African economy.”

The awards were conveyed at a glittering event which took place at the Radisson Blu Hotel and Convention Centre in Rwanda earlier this month, with hospitality leaders from across the region, in attendance. The city of Durban was also hailed as “Africa’s Leading Meetings & Conference Destination” on the evening, making it the third time that destination has won this title.

Rakharebe continued, “I would like to express my sincere gratitude to all our clients for their unwavering support and for voting us into the top spot for the sixteenth time in the past 17 years! An accomplishment like this can only be achieved by a team delivering the highest levels of service excellence. Whilst we don’t do these things for the awards, it is always encouraging when the success of these efforts is recognised by the industry and the community at large.”

It was a double-honour for the Centre as it was also announced that the 25th edition of the World Travel Awards Africa will be hosted at the Durban ICC in 2018. Commenting on the announcement, Rakharebe added “We are so looking forward to hosting this exciting event and providing an unforgettable, Durban experience to all our visitors.”