The Durban International Convention Centre (Durban ICC) has double reason for celebration – not only has the city’s jewel in the crown again achieved profitable financial results for the past year, it has also received a clean audit.

Despite a challenging economic climate and highly competitive marketplace, the award-winning convention centre posted an impressive set of financial results for the fourth consecutive year, generating an above-target revenue figure of R152-million and achieving a profit before tax of R29-million.

Equally notable is that the Durban ICC has been given a clean, unqualified audit by the Auditor General, thus bolstering public confidence in the sound financial management of Africa’s world-renowned convention venue. 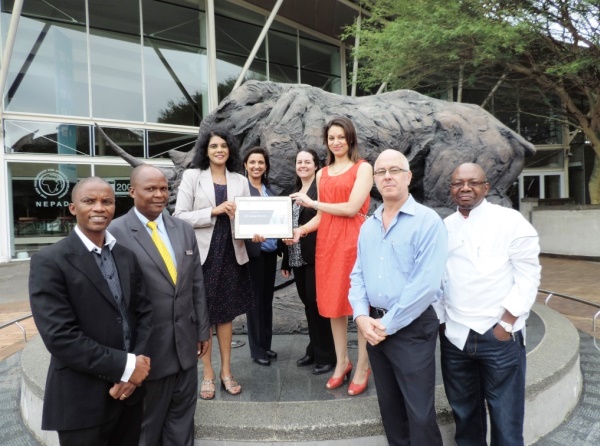 “By improving business processes continuously so as to ensure growth and sustainability, the company achieved a pre-tax profit of R29-million for the 2013/2014 fiscal,” said Durban ICC acting Chief Executive Officer Nicolette Elia-Beissel.

“The crowning glory is the attainment of a clean audit which is in line with our ultimate goal to maintain clean administration characterised by good governance, financial compliance and strong internal controls. We will continue to maintain and enhance all procedures to ensure this is sustained for future years”, added Elia-Beissel.

“Diligent management at all levels of the company ensured the company maintained its strong gross profit percentage of 76% from the previous financial year. In addition, thorough cost-cutting kept our expenditure to 5% below budget, resulting in a R24-million Net Profit after tax”, said Melanie Rambally, Durban ICC Financial Director.
Durban ICC Chairperson Mato Madlala said despite a sluggish economy and stiff global and regional competition for MICE tourism (meetings, incentives, conventions and exhibitions), the company’s financial performance once again exceeded all expectations.

“It is heartening that the company is trading profitably for the past four years in a row and continues to generate positive cash flows.

“Even more encouraging is the achievement of a clean audit which indicates that our drive to promote good corporate governance, coupled with the implementation of stringent policies, is paying dividends.

“The clean audit also confirms that Durban ICC’s financial statements were deemed credible and complied with all statutory requirements. In short, everything was accounted for and all monies were properly spent and managed, despite various challenges that were faced.”

Durban’s municipal manager Sibusiso Sithole said he was thrilled that the era when the Durban ICC was a financial burden on the city was now convincingly a part of history. “The Durban ICC has made a healthy profit in the past financial year; it is totally self-funding and is no longer reliant on the city’s coffers for bailouts.”

“This, coupled with a clean, unqualified audit which certifies no deficiencies in internal financial control, can only augur well to boost the pride that Durban residents must have for an iconic facility that regularly becomes a global stage in our city”, added Sithole.

During the past year, the Durban ICC was ranked amongst the world’s top 15 convention centres by the International Association of Congress Centres (AIPC) and was voted “Africa’s Leading Meetings and Conference Centre” for the 13th time in 14 years at the World Travel Awards. At the same awards ceremony, the city of Durban was also awarded ‘Africa’s Leading Meetings and Conference Destination”.

The Durban ICC was also honoured with several other international accolades, including “Africa’s Best Meetings and Conference Centre” at the Business Destinations Travel Awards and the International Star for Leadership in Quality Award.

Mala Dorasamy, Durban ICC Marketing, Sales and Events Director noted, “I am immensely proud of our team for these accomplishments! These accolades re-affirm the importance of Durban as a global business tourism destination and the status of the Durban ICC as one of the top convention centres in the world. We are delighted to have achieved widespread recognition for excellence without compromising on our commitment to international standards and customer service.”

She said during the past financial year, Durban ICC contributed R3.12-billion to the national Gross Domestic Product (GDP), with the bulk of this benefiting the KwaZulu-Natal economy directly, by adding R2.86-billion to the province’s Gross Geographic Product (GGP). “Looking to the future, the Durban ICC will continue to target high-profile events that deliver economic and social benefits to the people of Durban, KwaZulu-Natal and South Africa”, added Dorasamy.

“This remarkable macro-economic contribution translated into further social benefits by creating and sustaining 7 773 jobs over the past year and generating R1.58-billion in indirect household income as a result of the convention centre’s activities.”

Durban ICC has also contributed to skills development by offering student and graduate programmes aimed at addressing the current skills shortage in the tourism industry.

The World Routes Development Forum which is expected to draw 3 000 delegates will take place at Durban ICC in September 2015. The International AIDS conference, with more than 18 000 will also come to Durban in 2016.