As part of its ambassador programme, the Durban ICC has launched an exciting new series of interactive events aimed at tackling topical issues facing the business community in South Africa. The first of these events was hosted last week Friday, 29th August and, in honour of Women’s Month, tackled the dynamics between women and men in today’s boardroom. The Durban ICC partnered with Businesswomen’s Association of South Africa and the Global Legacy Trust to present the inaugural event of this exciting new venture. 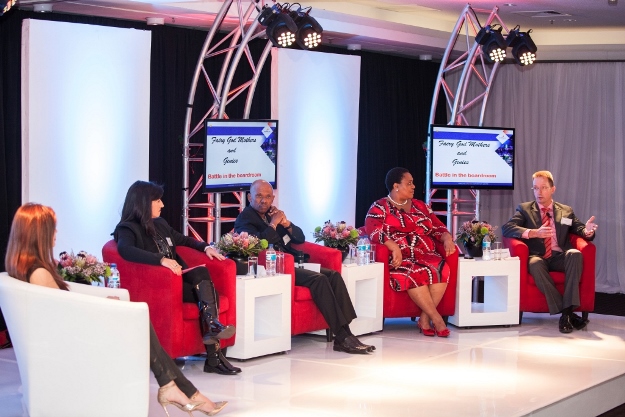 The event, entitled “Fairy Godmothers and Genies Battle in the Boardroom”, was the first of its kind in South Africa and brought together a panel of prominent thought-leaders from business and government to share their views on gender equality and inclusivity. The format of the event saw the specifically selected “jury” pose questions to the panel whilst the audience, comprised of high-profile business leaders, acted as the “judge”.

The event was facilitated by Farzanah Mall, who began proceedings with a thought-provoking ‘fairy-tale’ which highlighted issues of diversity and gender equality. The eminent panel included Member of Parliament, Thoko Didiza and Antoinette Irvine, Vice President: Human Resources for Unilever South and Southern Africa. Representing the “genies” on the panel were Mthunzi Mdwaba Chief Executive Officer of Tzoro IBC and Anthony Thunstrom, Chief Operating Officer for KPMG Africa. The jury for the event was comprised of Prof Anshu Padayachee, Chief Executive officer of the Global Legacy Trust and Adv. Pria Hassan, Chief Executive Officer of Women of Africa Group.

Commenting on the original concept for the series, Durban ICC Marketing, Sales and Events Director, Mala Dorasamy noted, “The Durban ICC has always been committed to economic and social development in the province of KwaZulu-Natal and as part of our ambassador programme we have decided to start a series of interactive economic dialogues to support these objectives and add to the national conversation around today’s important issues. We have such a wealth of talented business leaders in South Africa and these events will provide the platform for them to share their insights and wisdom with a wider audience.”

The discussion allowed for lively debate followed by an interactive session for the panel to field questions from the audience. Following the formalities, guests were treated to a high-tea spread laid on by the Centre’s culinary department. Guests and speakers networked and gleaned insights from each other whilst being entertained by Philane Ngidi’s jazz ensemble which ensured a relaxed atmosphere for the rest of the afternoon. 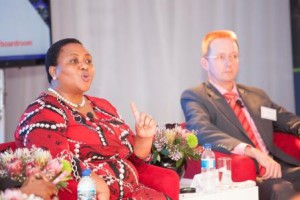 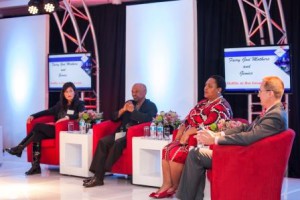 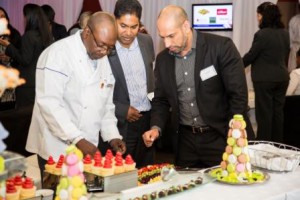 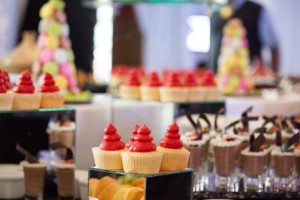 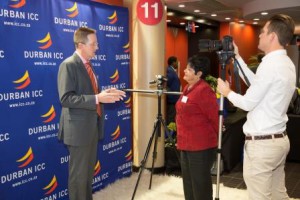 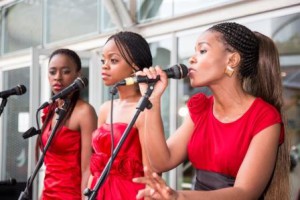