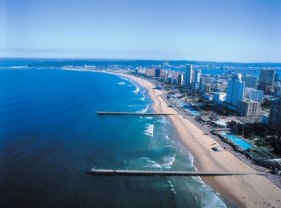 Durban has recently achieved the global status of being one of 7 Wonder Cities of the World, and later listed in the top 10 of the “New York Times 52 Places to visit in 2015”.  These achievements are a great honour for the City of Durban. To be positioned amongst other leading global cities, proudly shows the commitment and competitive edge of our city as a leading Tourism, Events and Business Destination.

This year Durban has scooped the title against rivals Johannesburg and Cape Town and has been voted, The City with the best Quality of Life, According to Mercer’s 18th annual Quality of Living survey.

The ranking is considered one of the most comprehensive of its kind, and is put out annually to help multinational companies and other employers compensate employees fairly when placing them on international assignments.

Mercer looked at 450 cities around the world, and analysed them based on categories that cover areas such as political stability, crime, banking services, medical facilities, and quality of schools, among many others. Durban’s ranking is mainly due to its high-quality housing, and plentiful recreational offerings, as well as a high level of safety to international delegates.

Durban is a natural paradise known for its gorgeous coastline of sun-kissed beaches, subtropical climate and quintessential lifestyle. A city well versed in international relations and 2016 proves to be an exciting year ahead.