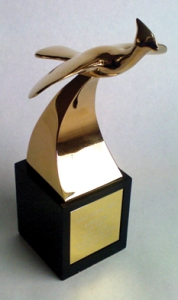 One of the world largest advertising showpieces is set to take place at Durban International Convention Centre in 2015! The prestigious Loeries Awards, which recognises excellence in the advertising industry are migrating to South Africa’s playground, Durban.

The prominent awards are one of the biggest advertising, communication design and experimental media awards in the industry and is regionally focused in Africa and the Middle East.

The Loeries are the main advertising awards for agencies and honour the best creative work in every area of brand communication including television, radio and print advertising, graphic design, architecture, direct marketing, non-broadcast video, live events, and digital media. Since its launch in 1979, the awards have evolved significantly and viewed as the benchmark against which regional industry excellence is measured.

Durban ICC Acting Chief Executive Officer Nicolette Elia-Beissel said, “We are extremely proud of this achievement and we look forward to welcoming The Loeries in 2015. The Durban ICC has played host to a number of major events and conferences proving time and again that it is the premier venue for a prestigious event like the Loerie Awards.”