A Feast of Concerts for Durban 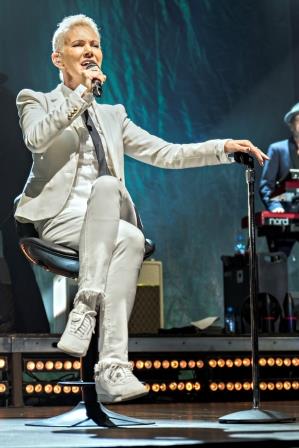 Over the past few years, many Durbanites have often expressed their frustration at the lack of international concerts staged in the city. This year, the city of Durban has been spoiled for choice, playing host to some of the biggest names in the entertainment industry.

Roxette celebrated their 30th Anniversary Tour at a sold out event at the Durban ICC, which has been the venue of choice for many of these international events.
One of the world’s bestselling artists, Lionel Richie serenaded fans at his “All the Hits, All Night Long” tour at the Moses Mabhida Stadium in March. This proved to be a hit amongst the thousands that attended.

Kevin Hart came to South Africa for the very first time this year, on his “What Now? Comedy Tour”. The tour has been dubbed, ‘The highest-grossing comedy tour of all time’ by Forbes Magazine and was sold out at the Durban ICC.

Adding to this unique mix, the City of Durban has been treated to the likes of the world’s biggest female hip hop star, the one and only Nicki Minaj brought her famous Pinkprint Tour to her Durban fans.

In the same month, Hip hop sensation and international icon T.I. performed for the first time in Durban at an intimate concert held at the Durban Botanic Gardens, which offered a different approach to the conventional way of hosting concerts and highlights the versatility of the City for event venues.

Mariah Carey, the best-selling female artist of all time, will be performing in Durban for the very first time in 2016 with her ‘Sweet Sweet Fantasy” tour. The global superstar will be taking her fans on a thrilling journey of wonder, as she performs her biggest hits. The Sweet Sweet Fantasy tour will visit Durban on 29 April 2016.

Durban has enjoyed the rise of concerts hosted in this phenomenal City and has embraced its title as an international concert and event destination.
The city is also eagerly awaiting upcoming tours from Josh Groban and Seal which are scheduled to take place this year.

Durbanites have a host of other local and international concerts to enjoy this year so watch this space!