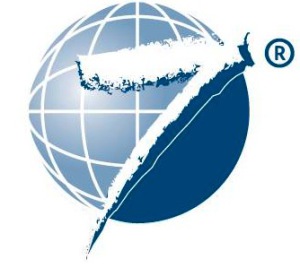 Having already won numerous awards this year, Durban has racked up yet another global accolade! The City of Durban has been voted an Official New 7 Wonder City of the World, together with other leading cities like Doha, Havana, and Kuala Lumpur.

His Worship the Mayor, Cllr James Nxumalo eagerly expressed that this achievement is a great honour for the City of Durban. “To be positioned amongst other leading global cities of the world like Kuala Lumpur and Havana, proudly shows the commitment and competitive edge of our city as a leading Tourism, Events and Business Destination. We are delighted that
the World finally recognises the potential of Durban and we are confident that this global status will boost tourism to the city and province.”

Phillip Sithole, Head of Durban Tourism stated that this prestigious award is a true reflection that the City of Durban is fast becoming a global destination and the increased international marketing efforts have greatly contributed towards this success. “Durban Tourism has been promoting the Voting Process since February this year, during the various elimination rounds and we would like to thank all the voters that had the confidence to vote for Durban. A Wonder City is aimed largely at Cities with rapid urbanisation, diversity, innovation in responding to city development and aspirations of a global urban civilisation”, noted Sithole.

Andrew Layman, CEO of The Durban Chamber of Commerce and Industry, commented “This is wonderful news for Durban. I’m sure the city must have had voting support from people all over the world who had visited, and enjoyed, the city. The enhancement of the international image of Durban is a Durban Tourism strategy which the Chamber supports one hundred percent.”

Jean-Paul de la Fuente, Director of New7Wonders stated, “We welcome Durban into the world’s voted and chosen New7Wonders Cities. As the sole representative from the African continent, Durban now joins a unique group of cities from across the globe. Congratulations and well done to all the supporters and fans of Durban worldwide!”

Durban has found itself on this esteemed qualification list and has many significant offerings. The architectural masterpiece The Moses Mabhida Stadium, uShaka Marine World, one of the largest aquariums in the world, the Durban International Convention Centre (Durban ICC) is the leading conference centre in Africa, the warm hospitality, the rich cultural diversity and the vibrant urban lifestyle that reflects the energy and culture of the city all add to Durban’s well deserved positioning of being selected to be on the New 7 Wonder Cities of the World. Some of the other international accolades which Durban picked up this year include the World Travel Awards title for “Africa’s Leading Meetings and Conference Destination” and was named South Africa’s coolest city by CNN writer Griffin Shea.