In a joint Corporate Social Investment initiative, the KwaZulu-Natal Philharmonic Orchestra, and the Durban International Convention Centre teamed up to host a complimentary lunch-hour concert on Thursday, 2nd February.

The project is an opportunity for the members of local senior citizens’ homes to attend the complimentary concert performed by the highly acclaimed orchestra and these talented soloists. The members of the orchestra have donated their time for the project and the Durban ICC came on-board as the sponsor for the venue and technical equipment for the concert.

Mr Bongani Tembe, Artistic Director and CE of the KwaZulu-Natal Philharmonic Orchestra said “We look forward to this special concert entitled, “Share the Love – An African Valentines Serenade”, which will include popular love songs made famous by artists such as Frank Sinatra, Miriam Makeba, Michael Bublé and others. The concert featured talented Durban singers Natalie Rungan, Clive Gumede and the 70 string Philharmonic orchestra conducted by Naum Rousine.

The audience was even treated to Her Worship, the Mayor of eThekwini, Cllr Zandile Gumede conducting the William Tell Overture as the final item of the concert. The eThekwini Municipality also added their support to project by providing transport for residents from four of the senior citizens’ homes to attend the concert. Senior citizens from Chesterville, Lamontville, Umlazi and Inanda were able to attend the event as a result of this kind support. 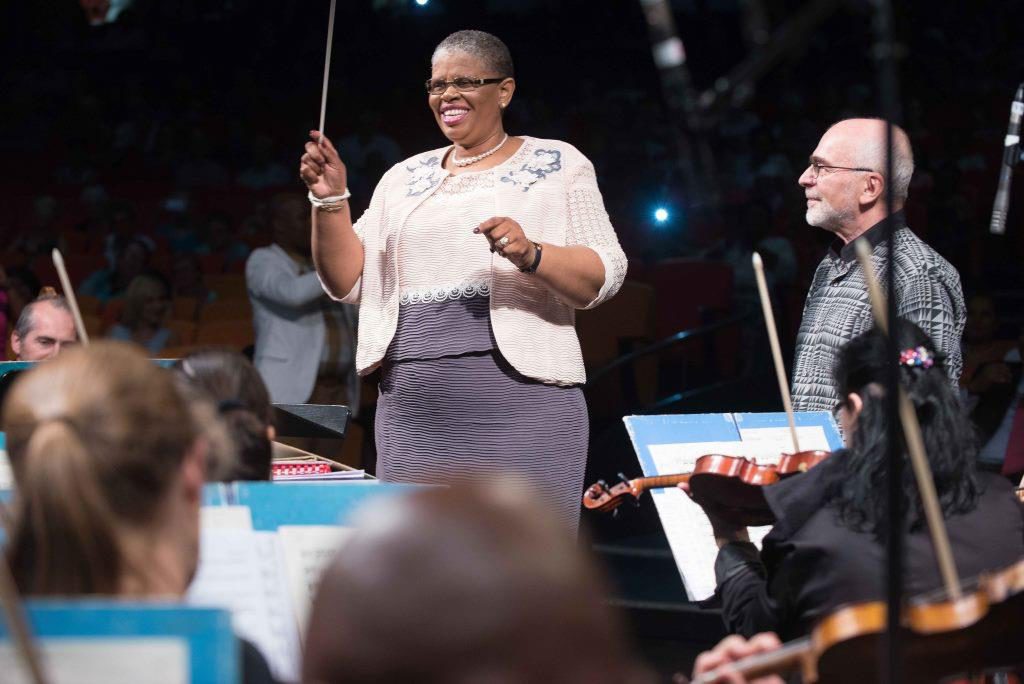 Commenting on the special event, Durban ICC CEO, Ms Lindiwe Rakharebe said, “We are extremely excited to join forces with the KZN Philharmonic Orchestra to stage a concert of this calibre for our local communities. We appreciate all the generous support we have received from the orchestra and the eThekwini Municipality in order to bring this concept to fruition. Many of us were brought up, raised and cared for by grandparents, and we appreciate their nurturing and the important role they played in our lives. Hence this is an opportunity for us to say Thank You for their love through music. As we share the love this week, our hope is that others may be inspired to do the same for their communities.”