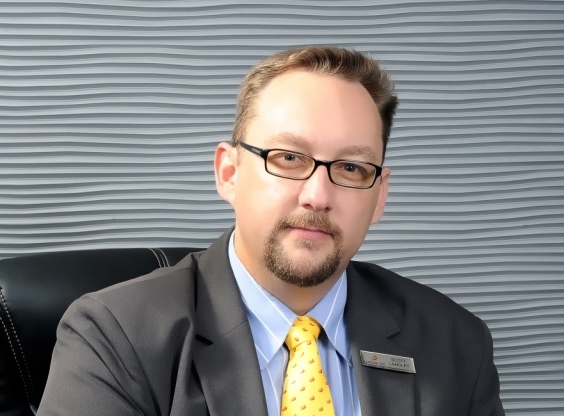 He explained; “My first week at the Durban ICC was mind-blowing in terms of the enormous scale of events and professionalism of the staff.  I had only ever been to the Centre before as an Indaba exhibitor and was immediately struck by the hive of activity and great energy in the building.”

“I soon realized what a ‘chameleon’ this building is as we set up for conferences, comedy shows, concerts and even boxing matches.”
Langley’s new position will encompass all public relations and communications, including all liaison with the mainstream media.  “My aim is to generate goodwill and a sense of ownership for the citizens of Durban and South Africa.  The media and public must feel that this is their meeting place and a place that they can adopt with pride.  In terms of Corporate Social Investment we plan to create maximum impact for communities, aligned to the Durban ICC’s values and the UN Global Goals for Sustainable Development.”

The Durban ICC, which was developed as a catalyst for economic development in the region, has been voted ‘Africa’s Leading Conference Centre’ for fifteen out of sixteen years by The World Travel Awards.

Langley continued, “I value the important role that the Durban ICC plays as a platform for important dialogues which often fast-track development and progress in various industries and societies.  In one week this year, at the International AIDS Conference, we had the pleasure of hosting Bill Gates, Charlize Theron, Prince Harry and Elton John.”

Langley will oversee the Durban ICC’s Communications, CSI, Marketing and Brand Strategies.  Major events next year include World Economic Forum Africa and Indaba in May, The 69th World News Media Congress in June and The International Congress of Clinical Chemistry and Laboratory Medicine in October 2017.

Commenting on the appointment, Durban ICC Marketing, Sales and Events Director, Mala Dorasamy noted, “Scott Langley is a dedicated and passionate manager who is committed to our objective to uphold and enhance Durban ICC’s excellent reputation, whilst breaking new ground to ‘humanise’ the brand.  The Durban ICC is not only a place that hosts major events; it is a facility that serves the people of Durban.”