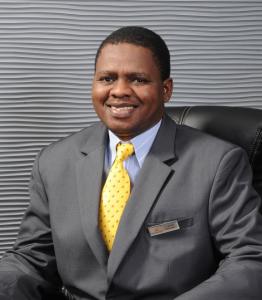 The Durban ICC is pleased to announce the promotion of Bigboy Ngcobo to the position of Financial Manager. Having joined the Centre in 1998 as part of the company’s development programme, Ngcobo has certainly proven his worth and climbed the corporate ladder to greater levels of responsibility over the years.

Starting in the position of Financial Administrator, he was promoted to Assistant Accountant in 2002 and fulfilled this role until 2004 when he decided to gain some external experience with the eThekwini Municipality’s Electricity Department. He returned to the Durban ICC in 2007 as the company’s Accountant before being promoted once again, in 2008, to the role of Financial Accountant. Now in 2014, he assumes the role of Financial Manager under the leadership of Finance Director, Melanie Rambally.

Commenting on the appointment, Rambally noted, “Bigboy’s promotion is certainly well deserved. He has been the backbone of the department for many years and I am confident he will continue to do an excellent job for the company in his new role.”

When asked about is his promotion, Ngcobo said, “I really enjoy working in the dynamic environment at the Durban ICC. Every day I have the opportunity to assist our clients and suppliers, so it’s always interesting work. We have an excellent team here, so I am looking forward to meeting the challenges of my new position with the rest of my team